The causes of cancer and cancer burden

The objective of the METCA project is to evaluate the impact of modifiable risk factors on the cancer burden in Finland, utilizing THL’s extensive, longitudinal population data. The population cancer burden refers to both the risk of cancer and mortality caused by cancer in the Finnish population. The aim of the project is to obtain up-to-date information on cancer risk factors in Finland and their future impacts. The research utilizes modern statistical modelling of longitudinal data for the estimation of population attributable fractions (PAF), which also takes into account the impact of mortality. The aim is to provide information on cancer risk factors, which supports decision-making in cancer prevention work and to provide the general population in Finland with evidence-based information on how the risk of cancer can be affected by their own lifestyles and choices.

The project started in 2015. The first peer-reviewed study was published in 2020. The study validated research cohort harmonization work and assessed the effects of smoking, alcohol use, overweight, and lack of physical activity on the risk of lung and colorectal cancer. The project is continuing and will produce more results mapping the risk factors for cancer.

NOCCA (Nordic Occupational Cancer Study) is a Nordic collaborative research project that studies cancer risks and cancer incidence in different occupational groups. NOCCA data consists of 15 million persons aged 30-64 years with data on occupation and some 2.8 million cancer cases. The largest NOCCA study was published in 2009 (Pukkala E. et al. Occupation and cancer – follow-up of 15 million people in five Nordic Countries. Acta Oncol 2009; 48:646-790) and it covered cancer risk estimations of 84 different cancer types in 54 different occupational groups. So far, 52 scientific articles have been published within the NOCCA project. NOCCA project has also produced the so-called Nordic Job Exposure Matrix (JEM), which includes data on occupation-specific exposures to potentially carcinogenic agents. The JEM has been created in collaboration with the national institutes for occupational health and the FINJEM matrix compiled by the Finnish Institute for Occupational Health has been used as its base.

Since 2018, the NOCCA project has continued with the name NOCCA New, which is funded by the Nordic Cancer Union. NOCCA New aims at updating earlier occupation-specific cancer risk estimates and in making more accurate evaluations on the effects of modern working environments in cancer outcomes. The existing NOCCA data will be enriched with information on other variables related to cancer, such as education and lifestyle factors. NOCCA New also aims to estimate attributable fractions of occupation-related exposures on cancer risks and to investigate occupation-specific differences in cancer survival.

Cancer incidence among seafarers and fishermen in the Nordic countries

Occupation and risk of kidney cancer in Nordic countries

Heavy metals, welding fumes, and other occupational exposures, and the risk of kidney cancer: A population-based nested case-control study in three Nordic countries 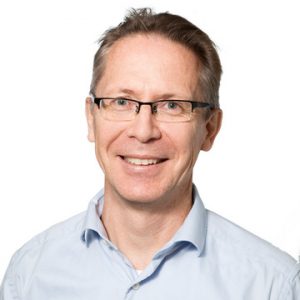